A crash course in finding an affordable Glen Eira removalist

You are here:
Choosing a Removalist 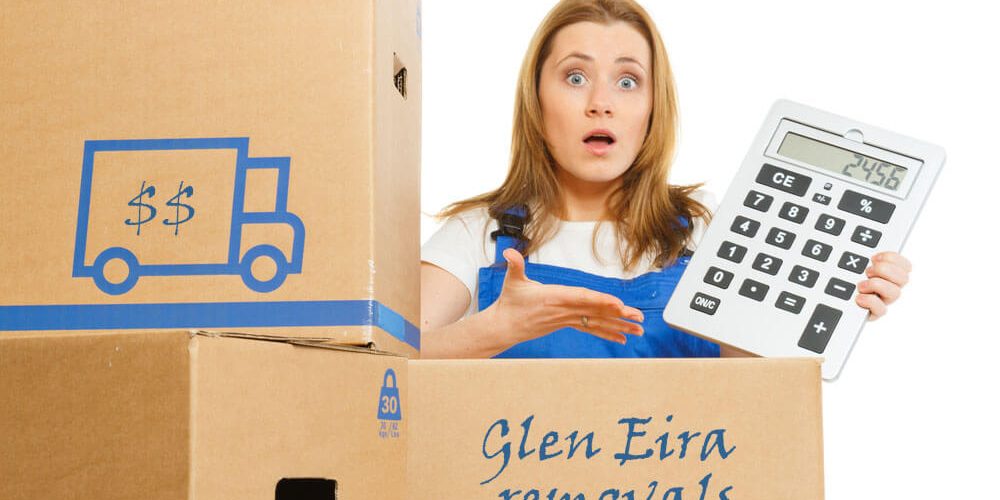 If you’re reading this, then it’s more than likely that:

If you’ve ticked all three boxes, then you’re reading the right blog post, because I’ll be giving you a crash course in finding an affordable Glen Eira removalist, so that you may save on moving costs. It’s easy to be fooled by an hourly rate that is stripped of all sorts of hidden fees. Through this blog, you will be able to learn which elements really determine the final billing fee. Hopefully, you’ll be able to avoid all the traps in the industry and find an affordable Glen Eira removalist with the knowledge.

Some removalists will use inequality of information as a barrier – this leads to customers choosing more expensive removalists.

Excellent service has become a standard for most moving companies in the Glen Eira area. It’s difficult to last as a business offering inferior service time after time. With that said, companies charge a different rate and opt into charge their customer base in a number of different ways. It’s often that the information regarding a removalist’s charge structure isn’t readily available. For instance, many removalists won’t readily disclose their minimum hour requirements, fuel surcharge, piano charges, stair charges, etc.

These companies choose to shield this vital information from their customers, only to reveal them once you give them a call. Of course, these businesses are well aware that once you’ve called them, you’re more likely to book with the business.

After all, moving houses is stressful enough nobody wants to spend hours on the phone. Removalists hold all the information and your time is valuable – we now have a barrier which prevents you from calling up multiple removalists and finding out which removalist is the most affordable in the Glen Eira area.

Unlike shopping for milk or bread, removalist shopping isn’t something we frequently engage in. With milk products, for instance, you gain an understanding of which products you prefer, and which products value, simply through trial and error, or by reading the price per litre or price per litre information. The cost of milk is insignificant to your overall income, so it’s quite alright for you to experiment and find out which product offers better value and which product you prefer. Comparing between removalists and finding an affordable Glen Eira removalists is a little bit more complicated. Firstly, moving costs can be a lot more costly than a carton of milk.

The cost structure is a lot more complicated.  I wish I could sum up everything in a single line, but life simply doesn’t work like that. If you really want to save on moving costs, you must first understand the game. 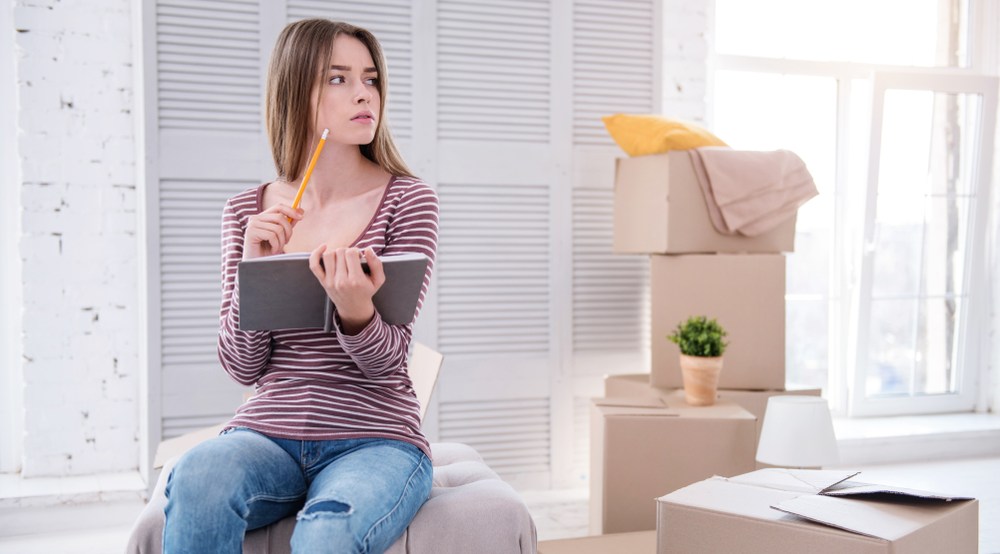 All quotes given by a removalist company in the Glen Eira company will be inclusive of the following 5 factors. I have rated their impact on the final bill on a scale of 1 to 5 with 1 being insignificant and 5 being the most significant impact towards your final moving bill.

Minimal impact on your moving bill -1/5

Although there could be a small difference in estimated work hours – in most cases the estimate will be very similar between removalist companies across the Glen Eira area. If there was any difference in the quoted time, it would most often be less than an hour. However estimated work hours is – an estimate, not a guarantee, it actually has a very small impact on the cost moving in the Glen Eira area. Quotes may differ between companies, but the items and furniture moved remain constant.

Some impact on your moving bill – 1/5

These are the hourly rate your moving company in the Glen Eira area will be charging you, exclusive of other fees. Companies know that this is often the contributing factor behind a potential customer’s decision. Many companies will set a lower hourly rate, while charging extra in other areas. Removalist industry is quite competitive in the Glen Eira area, and you can trust me when I say, the hourly rate isn’t the deciding element of the final amount on your moving bill.

Charge increments “Are you still being charged hourly / half hourly?”

Significant impact on your moving bill – 5/5

Most people are aware of the hourly rate, but now many will know that you don’t necessarily have to be charged hourly. Most removalists in the Glen Eira area will be billing you by hourly or half hourly. If a move took a total of 3 hours and 10 minutes, you’ll be billed for 3 hours and 30 minutes or in many cases, for 4 hours. You may save 20-40 dollars through lower hourly rates, but if you’re paying for almost an hour of unused services you could be losing anywhere from $150-250 in total.

Only pay for what you’ve used by choosing the right removalist. Luckily, Easy Peasy Removals charge by the minute after the minimum two hours. Don’t pay for what you don’t use! Many believe that being charged hourly or half hourly is some sort of an industry standard.

Well…. Maybe this was the case a long time ago. I say it’s about time you find an affordable removalist company in the Glen Eira area by asking for “charge increments.” Why settle for subpar standard when you don’t have to? There definitely are honest and affordable Glen Eira removalists out there – you just need to find them! 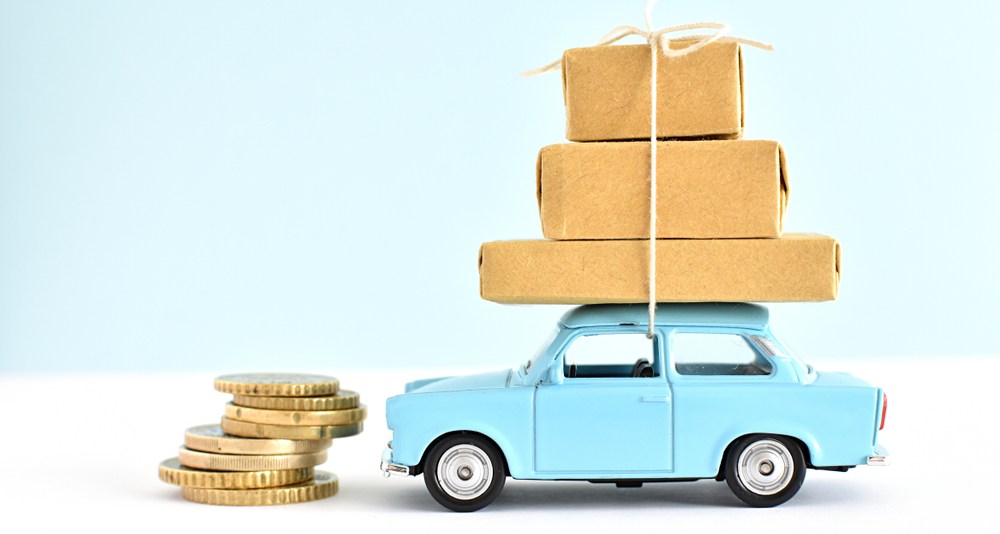 Travel time from a depot outside Glen Eira

One of the deciding factors of your final bill – 4/5

It may come as a bit of a surprise to you at first. However, travel time from a removalist’s depot to your home is a significant factor in deciding your final bill amount. Employees need to be paid for their hours, and the trucks eat up a ton of fuel travelling to and from assigned properties. All removalist companies will have to take these into consideration. However, some companies will go as far as to charge an hourly rate equal to the hourly moving rate for their travels, whereas others may charge a moderate fee.

Easy Peasy Removals do not charge any depot/travel/fuel fees within the Melbourne metro area – so if you’re in the Glen Eira area, you won’t be paying for unnecessary depot fees.

Surprise – charges that you didn’t know about – 5/5

If you want to save money and find an affordable removalist company in the Glen Eira area, it is an absolute must to find out everything about “other charges”. It’s quite an interesting thing looking at all sorts of surcharges that removalists charge. It’s really a bait and switch tactic used by many removalists. “Extra service” or “other charges” or “surcharges” can sometimes be found in very small letters well hidden on the website at times, or you won’t know about these unless you ask. In some scenarios, you won’t find out about hidden fees after you’ve made a deposit.

If you ask “Are there any other fees than hourly rate?” and the answer is anything other than “There are no other fees,” then it’s probably a good idea that you go back to the drawing board and recalculate everything. Sometimes these extra charges can add up to what you pay in hourly fees, or even more.

Although I’ve named some of the most common culprits, “surcharges” can always exist in other forms. Always, ask “If there are any other charges.”

It’s easy to be fooled by an hourly rate that is stripped of all sorts of hidden fees. These are clever tricks set up. Many people get stung by these cheap tricks. Don’t get surprised, always ask so that you may make an informed decision.

Are you looking for an affordable removalist company without any hidden fees? Perhaps a removalist who won’t bill you in hourly increments?

Well look no further – Easy Peasy Removals, do not have any hidden fees. You won’t be charged stair fees, fuel charges, call out fees, or other nonsensical fees. You will also get billed in 1-minute increments past 2 hours. Considering that a significant majority of moves in the Glen Eira area takes longer than 2 hours, I would say it’s definitely worth your time to find out more about Easy Peasy Removals. But don’t take my word for it. I’m not here to convince you. Rather I’m here to educate you. Apply what you’ve learned today and do your own research. You’ll be able to easily figure out which removalists are really affordable and which aren’t.

From the Same Category

How to Find Cheap Removalists in Melbourne
January 18, 2021

Melbourne office removalists: Save money when moving into or out of St Kilda Road
September 10, 2020

Our services
Our locations
Know your moving cost!
Talk to us about your next Melbourne moving project. Request a quote now!
Go to Top
4-5 Bedrooms / Medium Office
Continue with Booking the 10T Truck / 2 Men Moving Job